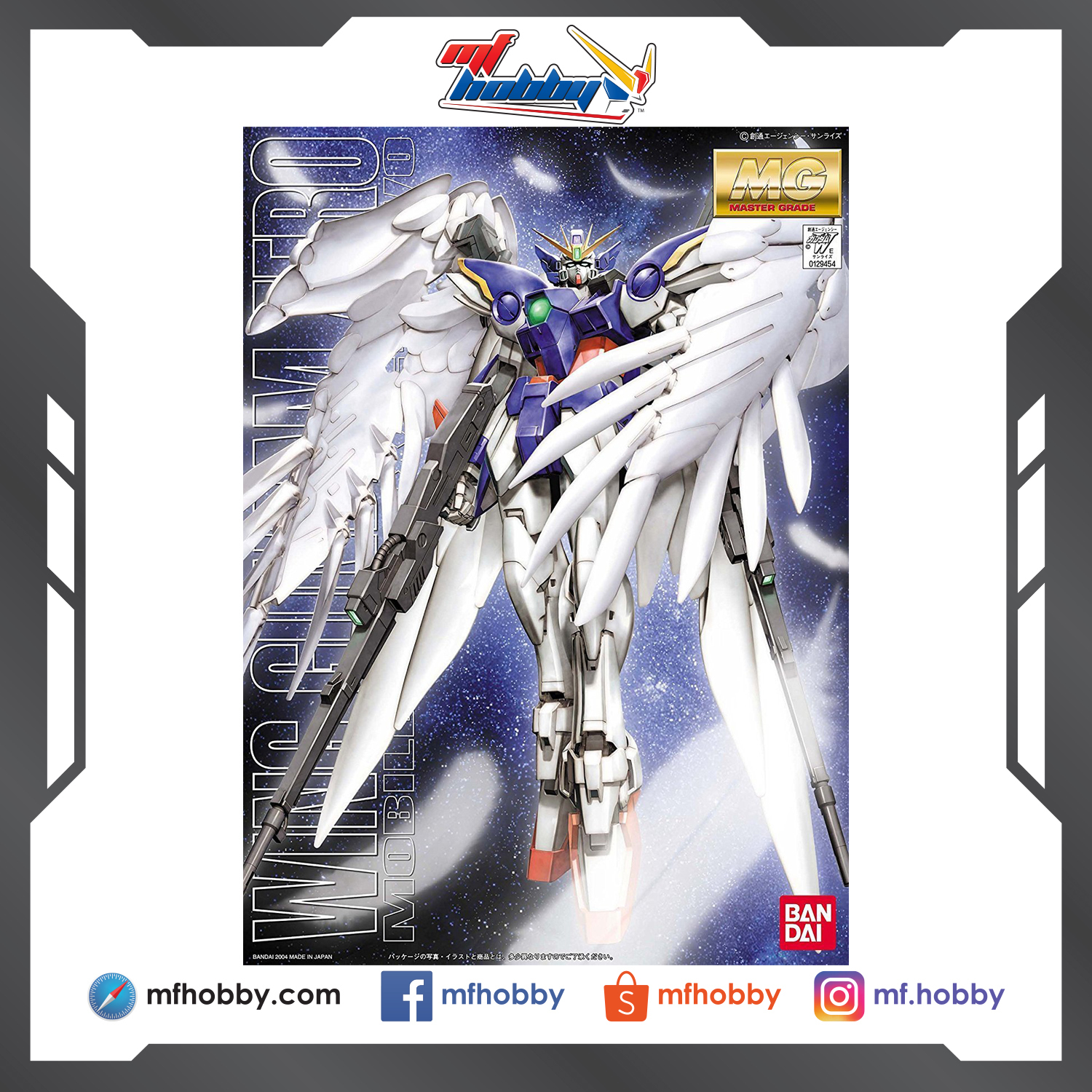 Make room on your workbench and set aside a chunk of time! This fabulous Master Grade version of Wing Gundam Zero (as it appeared in the Endless Waltz OVA) is as impressive in the box as it is when completed! About 270 plastic parts (all molded in colour) snap together for assembly; polycaps at the joints ensure superb flexibility. Building starts with Bandai's world-famous "inner frame" system, designed to allow the final product to move and pose as it would in the original series; then the armour, including the wings for which the mecha was named, is attached to the frame. Included weapons are the built-in machine cannons (in the shoulders), two Beam Sabres, and the Twin Buster Rifles. A custom display stand (unassembled and unpainted) is included so you can pose the finished mecha in any number of mid-flight poses, while keeping it safe. A super-tiny scale figure (unpainted) of Hiiro Yui is included as well. Foil stickers, clear stickers, and Bandai's very sharp dry-transfer decals, are included for adding detail to the model once built. We've been waiting for an affordable Master Grade kit of this very popular machine, for a very long time!!