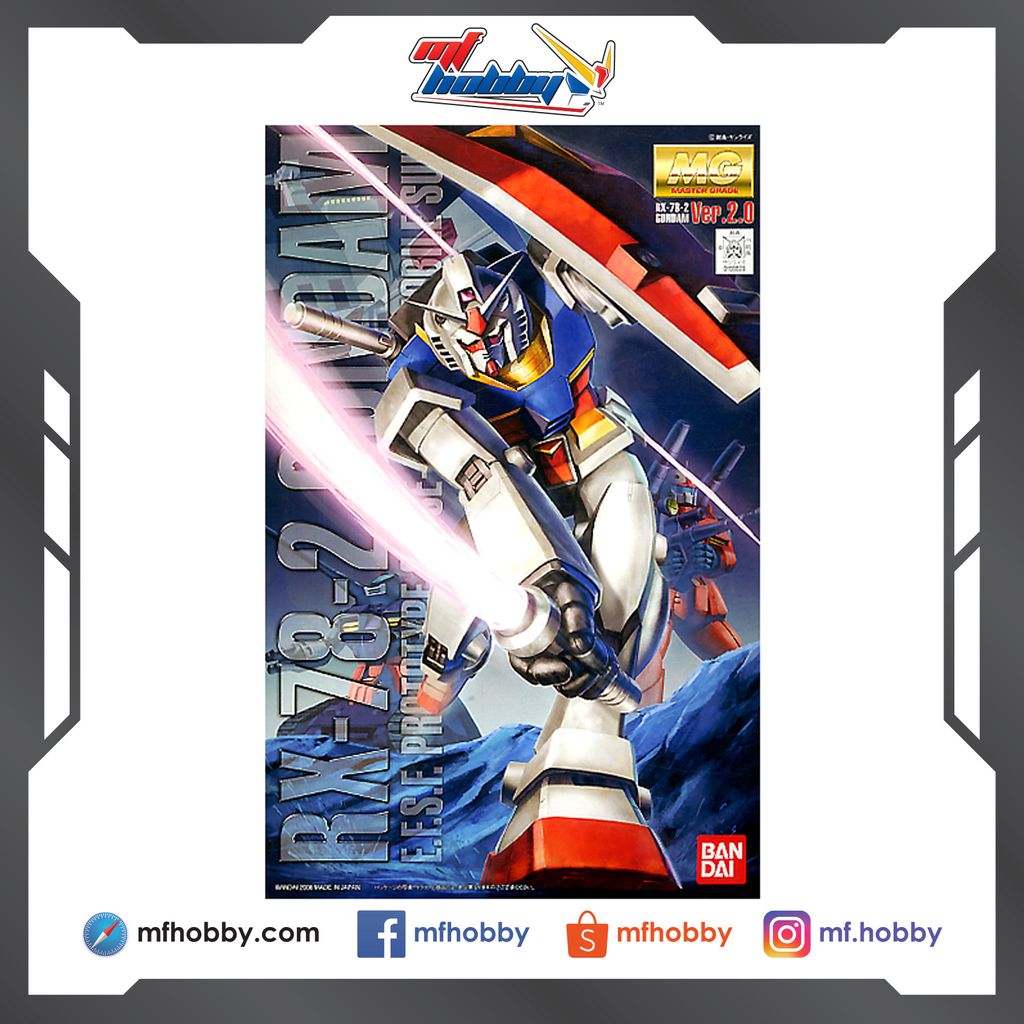 Bandai's first Master Grade (MG) kit of RX-78-2 Gundam was a great innovation in plastic kit modeling when it was introduced in 1995. Now, numerous MG Gundam incarnations and 13 years later, Bandai has given the iconic First Gundam a Version 2.0 upgrade with today's MG standards in poseability and detailing!

This much-anticipated offering is designed with amazingly accurate detailing and proportion to its TV counterpart in the 1979-80 "Mobile Suit Gundam" series. The snap-fit plastic parts come molded in color so no painting is necessary. A new inner frame was developed for this release, capable of striking more dynamic and realistic poses than an MG release ever could before! The transformable Core Fighter can be docked inside Gundam to become its cockpit, just like in the show. Gundam's movements are not restricted even when the Core Fighter is docked inside its torso, thanks to its ingeniously designed and intricately detailed inner frame!