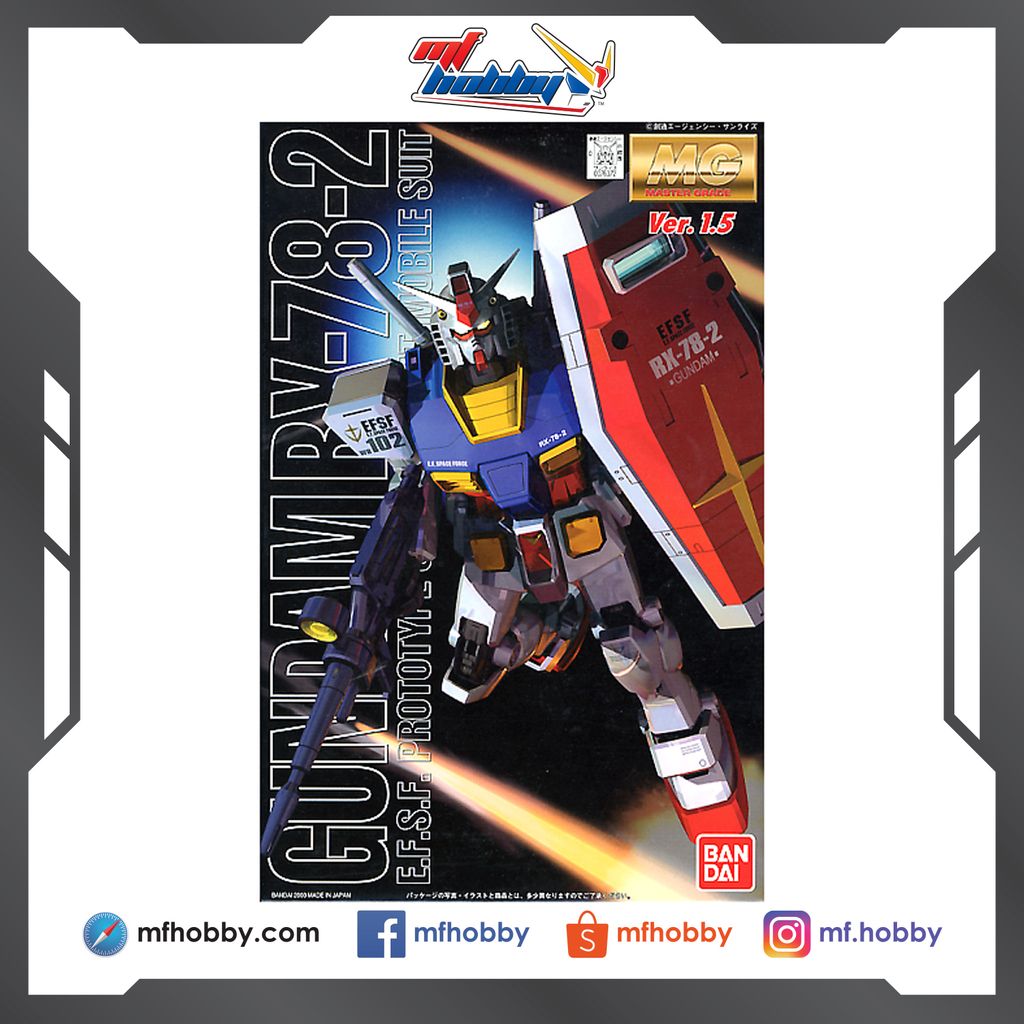 Back in 1995, Bandai's plastic model division came up with their best idea in years: Start a line of ultra-detailed Gundam kits for adults. The Master Grade series that was born from that idea has, without exaggeration, literally fueled much of the growth of HobbyLink Japan itself!

And now, stolen right from the world of computer software, comes another idea that may also prove to be a very good one: Upgrades! "Version 1.5" of the RX-78-2 Gundam kit is, with the exception of the arms, an entirely new kit. The proportions of the item have changed to bring it more in line with the Perfect Grade kit of the same mecha. But perhaps most importantly, Bandai has attempted to address one of the biggest troubles that plague posable robot kits -- joints that are too soft -- by creating a one-piece, almost pre-assembled inner leg mechanism that is very firm -- ready to stay put in whatever pose you want it to. Not only that, it doubles as a very cool-looking inner mechanism for when you want to display your kit with the panels open or removed. As usual, you also get a bunch of fun weapons, including the beam rifle, bazooka, a Gundam Hammer with a plastic chain, a new beam javelin, and of course, beam sabers. And like the first release, the Core Fighter is removable. What's stopping you...order your upgrade today!