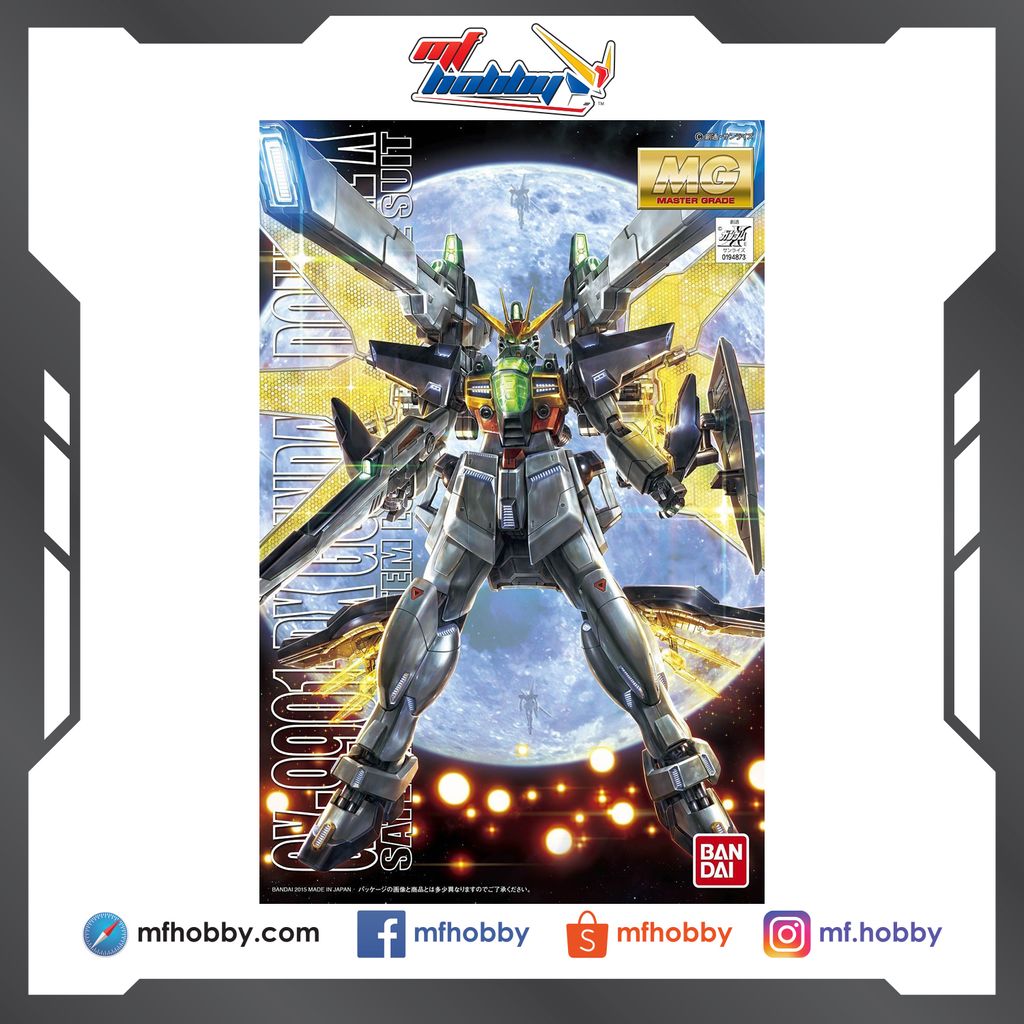 From "After War Gundam X," it's the mighty Gundam Double X! It has common parts between the internal frame and reflector units of the Gundam X. The Twin Satellite Cannons can be deployed with their reflector panels out, and the internal reflector panels have a mirrored frame similar to that of the Gundam X.  The cannon can expand and change its angle for various attacks, and there's a locking mechanism on the shoulder for better stability. In addition, the forearms and calves also feature reflector expansion. Comes with its shield, Buster Rifle, two Twin Satellite Cannons, two Hyper Beam Swords, and in-scale figures of Garrod Ran and Tiffa Adill.