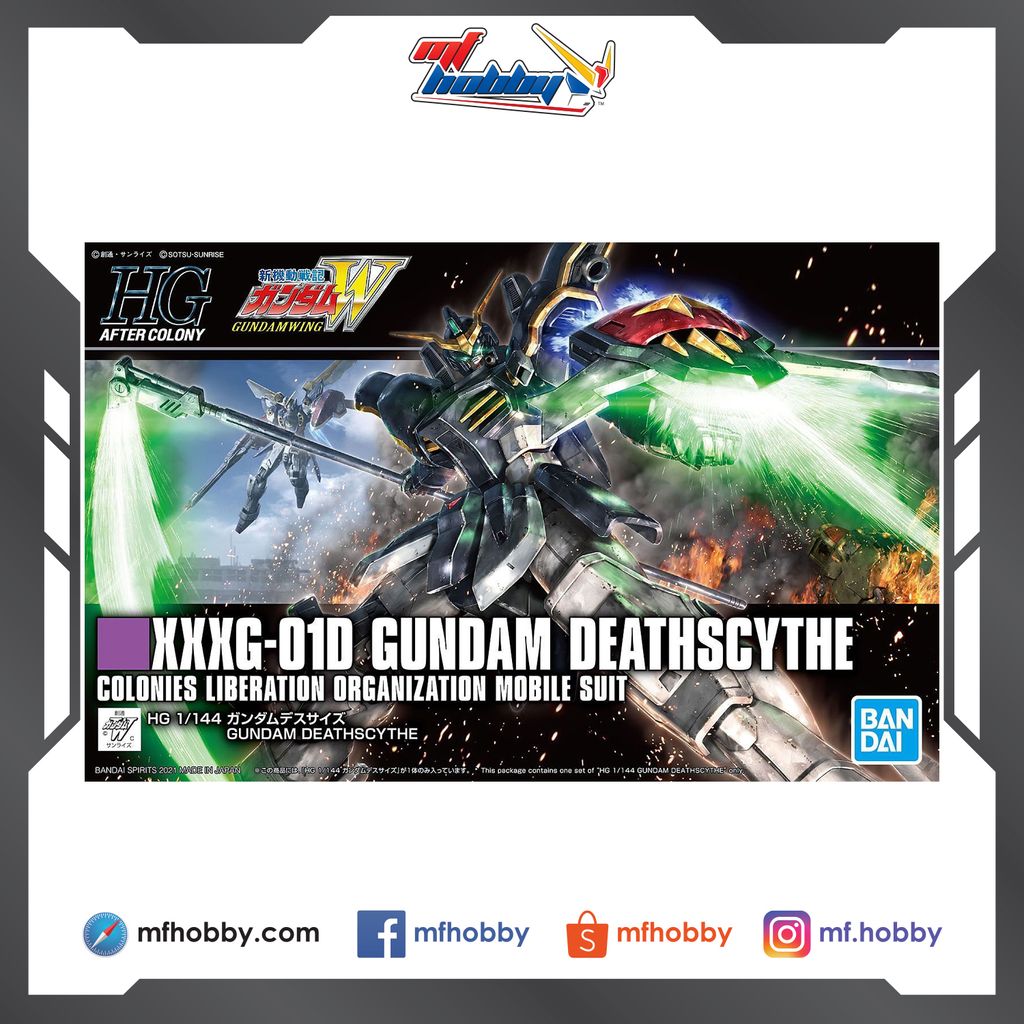 From the popular anime series "Gundam Wing" comes the Gundam Deathscythe, now a part of the HGAC line for the first time! This kit builds the very first version of Duo Maxwell's Gundam, which hasn't been realized as an HG kit in about 20 years.

Sliding gimmicks in the shoulder and knee armor allow for improved possibility, and you can expect significantly improved color separation over the older HG release!