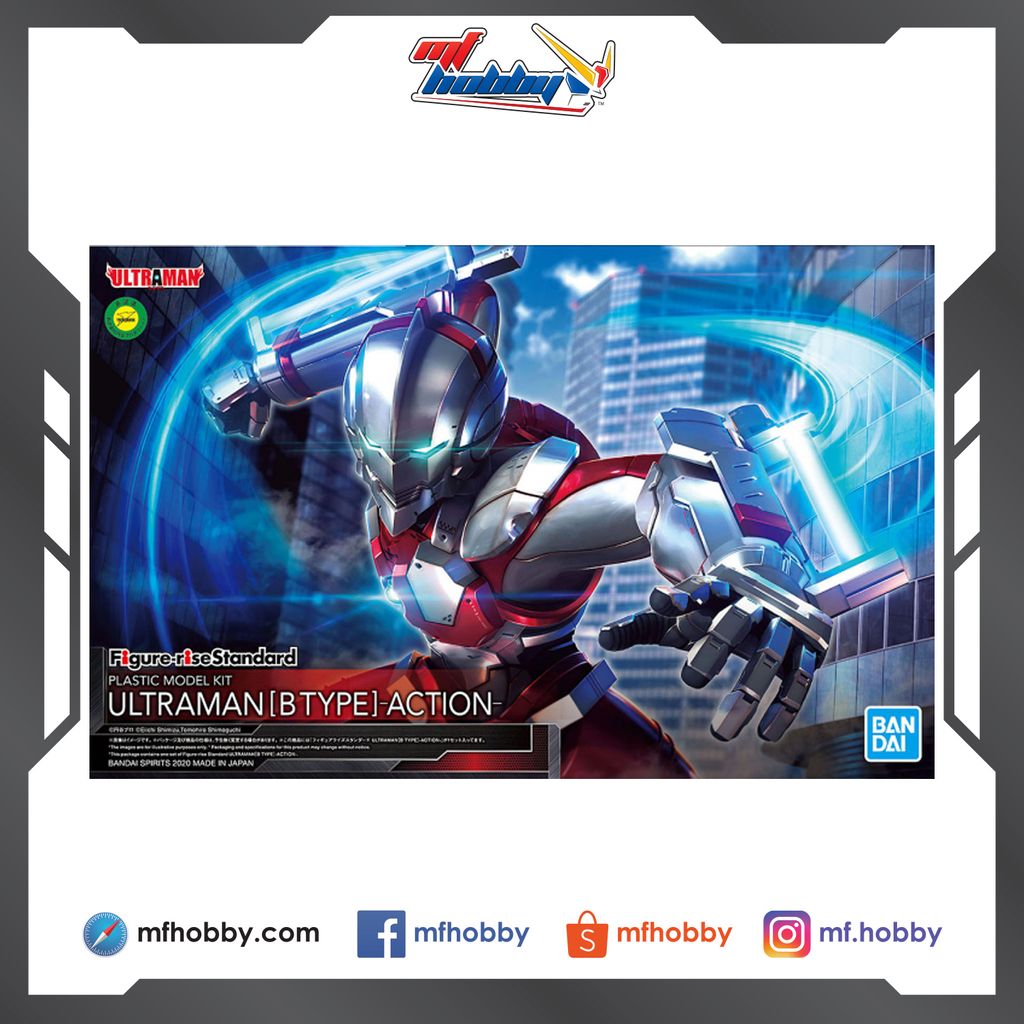 Build your own action figure! Ultraman B-Type, as seen in the manga from "Heros" magazine, is back in Bandai's Figure-Rise Standard lineup as an "ACTION" type kit! The neck now features a ball joint to improve the rotation of his head during posing. And by taking out the LED unit featured in the previous release, and adopting a new technology that connects and moves the chest and abdomen with multiple ball joints, the kit's range of motion has drastically increased overall. Last but not least, the ankles feature an updated shape to prevent the parts from interfering with each other during posing.

He comes with five interchangeable hands, and a full complement of weapons. Order him today!