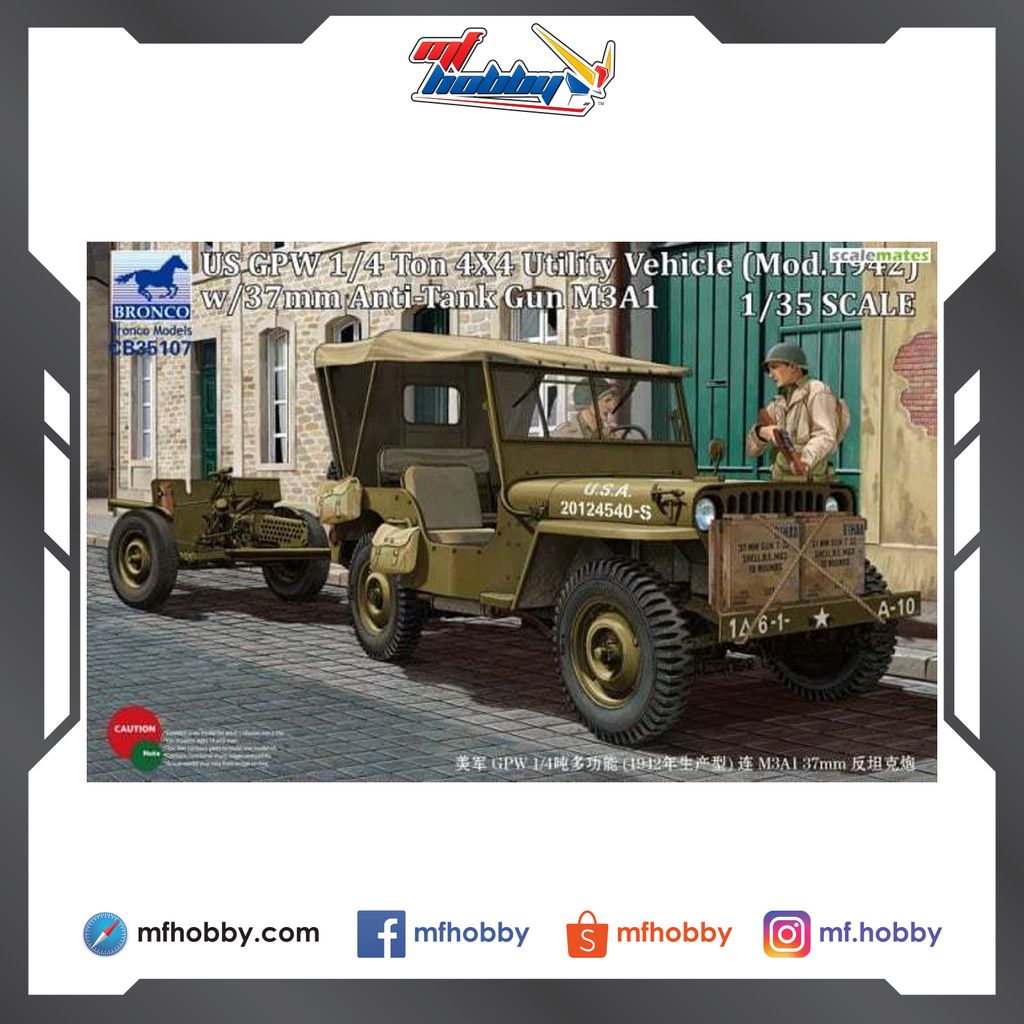 In the late 1930's the United States Army issued a requirement for a light four wheel drive reconnaissance car. But little was done until early 1940 when American auto manufacturers were asked to submit designs. Only two contenders emerged, one by American Bantam, the other by Willys-Overland, the Bantam was the lead contender but was from a small company with limited production capacity. So the Bantam plans were passed to Willys and Ford for further refinement. By July 1941 the Willys MB was chosen as the winning design, and contracts were issued to both Willys and Ford to produce the vehicle. The Ford GPW was identical to the Willys MB but for the grill and other minor differences, This class of vehicle was called the "Jeep" by all allied servicemen, probably after "Eugene the Jeep" from the Popeye cartoon. Ford produced over 280,000 GPW's during WWII, these being used by all branches of the American and British military. The Ford GPW was also used by the Soviet Union and other allied nations, and was widely exported after WWII.

The 37mm M3 anti-tank gun was the first weapon of this type to be manufactured in the United States. But as the US had no experience building such weapons, 2 German 3.7cm PaK 35/36 guns were acquired for evaluation in January 1937. During 1938 several guns and carriages were designed and tested, with the T10 gun with T5 carriage determined the best. These were redesignated as the 37mm M3 anti-tank gun and the first guns were delivered in early 1940. It was the standard anti-tank gun of the US Infantry Divisions and USMC. It was usually towed by a 4x4 1/4 ton Jeep or larger 3/4 ton Dodge truck.. The 37mm M3A1 had several modifications including provision for a muzzle brake, and entered service in March 1942. This was the main production model with over 10,000 built. This weapon served in Europe until mid-1943, when it was replaced by a copy of the British 6 Pounder. But in the Pacific the M3A1 served until the end of the war. The M3A1 firing M51 APC ammunition could penetrate 60mm of vertical armour plate at 1000 meters.